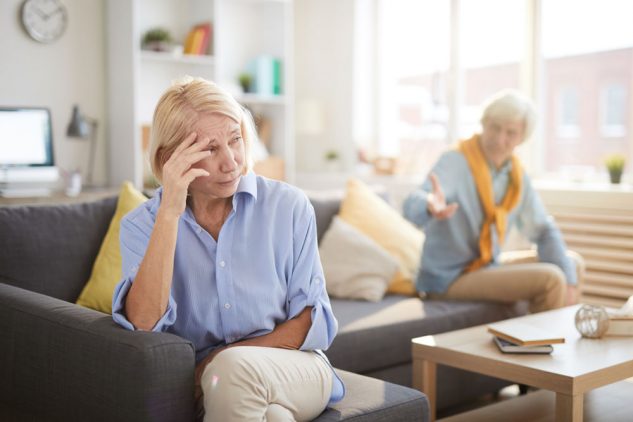 Below you are going to find some of the more common reasons for gray divorce in addition to some of the divorce options available.

Couples that continually quarrel over money or wrestle with debt sometimes end up getting divorced. Divorce may also be the reason because of a spouse’s poor management of funds or overspending habits. In a lot of cases, some individuals put off getting divorced until they feel financially able enough that they can.

2. Grown Apart from Each Other

When you ask a divorced couple the reason they got a divorce, you are going to often hear answers such as “we’ve just grown apart from each other” or “it’s just not working out.” Couples usually come to the realization they lost the spark they once had as they first got married and they are not willing or able to put forth the effort to get back that spark.

Many couples are unhappy in their marriage but stay in it for their children. After the children are grown up and move out of the home, they come to the realization the children were the only thing keeping them married.

As people get older, their desire for intimacy often times fades away. When one spouse is content with a sexless marriage and the other one is not, this incompatibility could lead to divorce. If one partner keeps making excuses, not attempting, or declining to compromise, not having an affectionate relationship with your spouse could lead to divorce.

Life expectancies have increased over time, and individuals over age 50 know they have time to seek a happy marriage. Older individuals aren’t scared about the notion of divorce anymore as the blemish around it is fading.

Even though some individuals are comforted by their daily routines, other individuals could simply become bored if their marriage gets too predictable. Many couples do the exact same thing year in/ year out and devoid of spontaneously doing anything. Even though this might not be an issue with both spouses preferring the time tested, boredom might turn into a problem in relationships that lack spontaneity.

It’s not unusual for a marital relationship to be strained when a spouse has cheated. Even online relationships, in which could get to the degree of “emotional relationships,” have been known to cause marital problems.