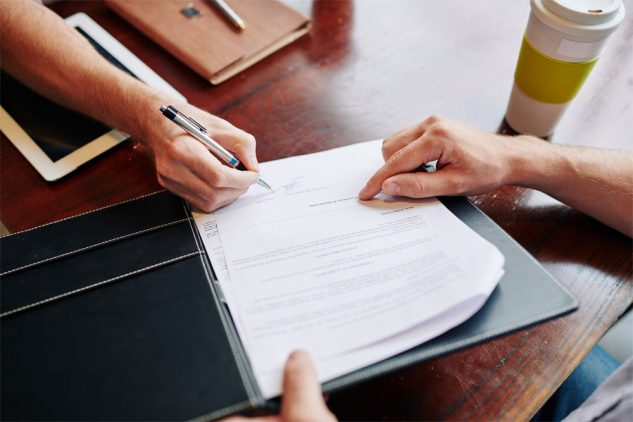 The divorce settlement agreement is a vital aspect of your divorce case. Think about its details carefully.

A divorce settlement agreement is written documentation that is called different things, subject to your location. Including:

The purpose of such agreement is to record any agreements reached between divorcing (or separating) married couples including child custody, child support, spousal maintenance, and property division.

Do Couples Need to Enter into an Agreement Prior to Separating?

No. You are able to enter into a divorce settlement agreement prior to or following you separating or filing for divorce. Or, you might not be able to come to an agreement until the morning you go to court –”on the steps of the courthouse,” as some might say. However, the faster you settle your case the better off you are going to be, particularly if your objective is to avoid needless pain and attorney’s expenses.

Am I Required to Have a Lawyer to Prepare the Divorce Agreement?

It’s highly suggested that you hire a lawyer to create your Divorce Agreement. Or, if your spouse’s lawyer has previously prepared it, you need to hire an lawyer to go over it (for you) and guarantee important legal conditions are added, eliminated, or refined in order to protect your rights.

Terminology like “sole legal custody,” “exclusive possession,” “timely indemnify and hold harmless,” and “relinquish and waive all future claims” in fact have very significant meanings. Remember you’re not a lawyer, so you might miss crucial issues with the suggested agreement, or might not know what particular terminology needs to be included to safeguard your interests. When you fail to discover something, you might end up losing vital rights. The best thing you can do is to pay an individual at the start to guarantee you don’t have to pay even more in the end.

What Happens When We Settle Everything Prior to Going to Court?

When you settle everything prior to taking your case to court, a lawyer or mediator can create an agreement. Following it being signed, the Divorce Agreement turns into a binding contract, meaning both spouses are responsible for following its terms.

Subject to your state’s laws, the agreement can be submitted to a judge that can guarantee the conditions are just. It is then going to be included into the divorce decree and becomes a binding court order; when either of you is in violation of the order in the future you might be held in contempt of court.

When neither of you can’t agree, you’ll most likely end up in court, in which you’ll have to plead your case and ask a judge to decide all matters for you. Since this process is uncertain, and usually very costly, coming to an agreement outside of court is the more desirable way to go.

What If I Dislike My Spouse’s Suggested Divorce Agreement?

Don’t sign it. Remember, it’s just a suggestion – a beginning portion in the negotiations. Even though your spouse (or your spouse’s lawyer) gave you a deadline for responding, you aren’t required to do anything. You can toss the proposal in the trash if you wish. No one can pressure you in settling until you are ready.

However, there is such a thing as putting if off for too long. If you decline to negotiate sincerely, or you decline to sign anything since you want to keep exploiting your spouse’s goodwill for as long as you can, your spouse is going to become disgruntled, and might pull out of the settlement negotiations entirely. If you really wish to settle, you should be willing to progress and compromise.

As aforementioned, it’s a good idea to ask a lawyer to examine your spouse’s proposed Divorce Agreement. If you dislike it, the lawyer can assist you in understanding how far apart you both are, and negotiate the best deal for you.

Please don’t. Even when you are totally ready to progress with a settlement, if your spouse’s lawyer prepared the initial draft, it’s important that you at the minimum have the agreement examined by your own lawyer – an individual that is working to protect your best interests. You need to do this no matter the pressure that is put on you to sign and regardless of how much you wish to “keep it simple” without “getting the lawyers involved.”

It’s important to not forget that your spouse’s lawyer does not represent you and doesn’t care if the agreement is just or gives you with sufficient financial resources.

If We Both Agree, Can’t We Devise Our Own Agreement?

This is typically unwise. All in all, the agreement is going to not be specific as to your state’s laws and might miss important legal stipulations. It could be obscure or unclear. If so, and you and your spouse disagree on a stipulation later on, you could end up spending more money on lawyers, attempting to fix or clear up the agreement. It’s most likely worth a couple hours of an lawyer’s time to achieve a good agreement.

If We Both Agree on Everything, Can We Just Hire One Lawyer to Create Our Divorce Agreement?

You are able to do this, but it’s not suggested. First, one lawyer is unable to represent both spouses. So, if you proceed without a lawyer, you aren’t going to have anyone looking out for your best interests. When your spouse continues without a lawyer, they might be able to claim down the road that the agreement wasn’t fair, or that they didn’t understand what they were signing since they didn’t have a lawyer involved.

If you both genuinely agree on every issue in your divorce, the best thing you can do is to participate in divorce mediation, in which is a method involving an unbiased, 3rd-party mediator. The mediator works with both of you to help you devise and finalize an agreement. Usually, the mediator is going to create the Divorce Agreement, and then each of the spouses can ask their individual examining lawyers to take a reassessment.

What If We Both Choose Not to Adhere to the Divorce Agreement We Signed?

The world isn’t going to stop spinning, and you aren’t going to be arrested. For instance, if you and your spouse both choose to follow a different alimony payment plan, that’s totally up to you. But be very clear. If you decide to do anything other than what you agreed to do in writing, and then have rift with your ex-spouse, you both have the right to enforce the provisions of the initial Divorce Agreement. This is true nevertheless of any verbal agreement to do differently.

If you are both in agreement to altering some of the more significant provisions of your initial Divorce Agreement, you need to make it official by modifying the older agreement in writing.

Can We Modify The Divorce Agreement?

Absolutely. Stipulations regarding property, debt, and just about all other financial matters are typically considered to be set in stone, unless you both are in agreement for a change. If that is the case, you can enter a “Modification Agreement,” recording the agreed-upon changes. This modified Divorce Agreement needs to then be included into a new court order.

Child support, custody, and visitation agreements are changeable provided that you can show a considerable change in situations occurred following entry of the initial order, and/or that a new arrangement is in the child best interests.

Speak with Our Divorce Lawyers in Arizona Today

Regardless of the choice you make, it’s important you make the best choice for you when hiring a divorce lawyer. Remember: The decisions you make now can affect your future. Ultimately, choosing the best lawyer will depend on which lawyer feels best for you and your situation.