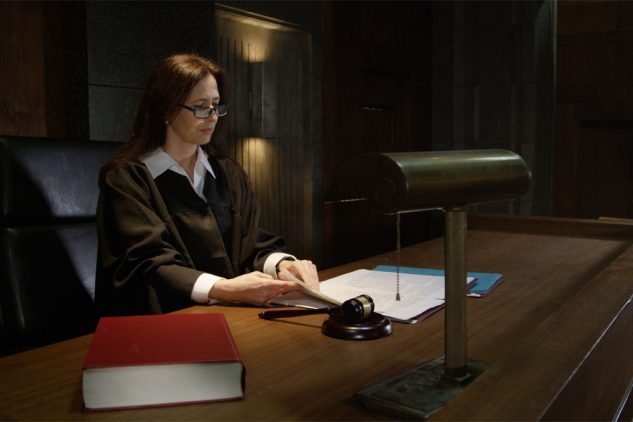 Discover why you might want to choose a divorce court instead of mediation or a collaborative divorce.

How Do Conventional Divorce, Mediation, and Collaborative Divorce Vary?

When a marriage is irrecoverably broken, typically the couple’s end goal is to resolve their outstanding disparities as fast and painless—both emotionally and cost wise—as they can. The most typically issues spouses are going to face throughout their divorce can comprise of:

All your divorce-associated matters need to be resolved prior to finishing the process. Nevertheless, how to come to that goal is subject, in many ways, on your particular case.

What Is Involved in Going Straight to Divorce Court?

When you want to terminate your marriage legally, eventually you will have to have to get the courts involved. But going straight to court to hash their matters out, without initially trying to resolve the marital matters frankly with your spouse, can result in a drawn-out, distressing, and costly divorce.

When divorcing couples are unable to agree on all of their divorce-associated matters, they are going to end up going through what is referred to as a “contested” divorce process. To initiate a contested divorce, one spouse is required to file a divorce “petition” (also known as a “complaint”) within the court.

There are a multitude of steps to this process. The lengthiest phase is typically the divorce discovery time, which usually takes from 2 to 6 months (sometimes more), depending on how complicated your case is. throughout discovery, spouses are required to exchange all related financial documentation (like tax returns, financial institution accounts, and property estimates), communication (including snail mail and e-mails), and any other details related to any aspect of the divorce.

Subject to the nature of the contested matters, there might be other court proceedings related, specifically if the spouses have children or temporary support requirements. These could include temporary custody and/or temporary support and alimony proceedings. When they are unable to come to an agreement on these concerns on the way, the judge will have to make a decision on any and all challenged aspects of their case, after their divorce trial. Contested types of divorces usually takes up to a year or more to complete.

The Process of Divorce Mediation

Divorce mediation is a type of Alternative Dispute Resolution (ADR)—in which each party tries to resolve their issues without heading to court. Both of you are required to decide on a skilled family law mediator. Unless you agree otherwise, you are going to share the mediator’s costs. This person is going to meet with both of you over a period of time, to help you in coming to a meeting of the minds on those matters that you’re having a hard time resolving.

You are still going have to go to court to legally terminate your marriage, but in these circumstances, the court will go over the settlement agreement, and when they approve is, it becomes part of the final divorce judgment. Usually, uncontested divorces finish inside of a month or so from the date your petition was filed.

Collaborative divorce is another type of an ADR that is a sort of mix between a conventional divorce and mediation. However, likewise to mediation, the collaborative process on its own doesn’t actually terminate your marriage.

Through a collaborative divorce, both spouses and their attorneys hold several “four-way” sessions, to an attempt to resolve significant matters. Typically, spouses will also bring in joint professionals, such as joint financial planners or CPA’s, child and family consultants, and possibly assessors.

The spouses must devote themselves to a team approach, where each person is working toward the stated outcome of settling all matters outside of court and in a way that is beneficial to the family.

As with mediation, the end result of a successful collaborative divorce is a written settlement agreement, in which is going to become part of your divorce judgment.

When Do I Need to Take My Divorce to Court?

You might be wondering why anybody would decide to go to court without attempting ADR first. In large part, many reasons lie with the spouses.

For success, mediation and collaborative divorces both require a collective, honest effort in order to settle. When a spouse doesn’t have this thinking going in, the possibility of success are decreased, and you might be wasting time and money. Usually you are going to see this in which one of the spouses is aggressive, with the intention of “punishing” the other, is looking for revenge, or declines to negotiate, no matter how unreasonable or expensive that position might be. When that is the case, filing for a conventional court divorce might be the only alternative.

Individuals that fall into these classes are usually unwilling to concede, no matter the cost to them or their families. And if there’s a history of abuse and/or violence, an impartial negotiation is usually impossible. Abused spouses are usually scared of saying or doing something that could offend their abusive spouse, in which is going to carry into all meetings between them.