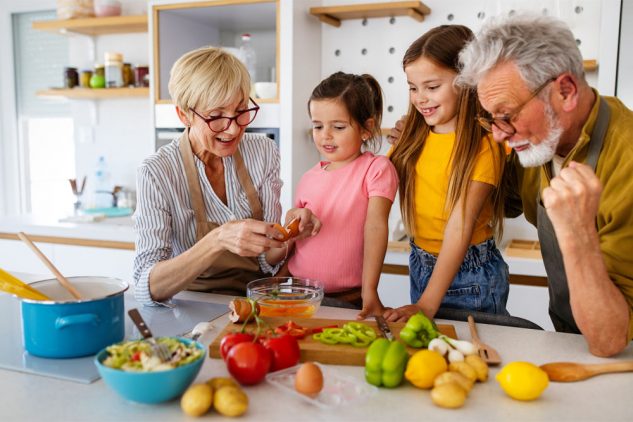 Grandparents in each state in the US have rights, in some cases, to be granted custody of their grandchildren or to be granted court-mandated ordered with their grandchildren. Grandparents’ rights don’t come out of the Constitution, nor were they conventionally in existence. Acknowledgment of grandparents’ rights by state law is a current trend, and most of the regulations awarding these rights have been effective for less than thirty-five years.

Visitation rights for non-parents are most general when a child’s immediate family is estranged. Often, meaning their parents are divorced, and the child is benefit by having their grandparents in their lives, even if the child’s custodial parent isn’t in agreement. In other cases, non-parent visitation rights are awarded when a child gets adopted or placed in foster care. Courts have the potential to award non-parent visitation if the child has been adopted or has been placed in foster care, since the biological parents’ wishes of the child are a non-issue.

When a non-parent petitions a court for visitation rights, they must demonstrate that visitation is in the child’s best interest. When establishing if visitation rights are fitting, courts consider a several aspects, including:

Federal law may impact grandparents’ rights, though these rights are primarily based on state law. Congress passed the Parental Kidnapping Prevention Act in 1980, in which necessitates that each state provides complete faith and credit to child custody orders from other states. Federal law passed in 1998 also necessitates that courts in each state acknowledge and enforce grandparental visitation decrees from courts in other states.

Every state has implemented a version of the Uniform Child Custody Jurisdiction and Enforcement Act (UCCJEA, previously the Uniform Child Custody Jurisdiction Act), in which necessitates courts in the state where a child lives to acknowledge and enforce official child custody decrees from another state. Though the UCCJEA is not a federal regulation, the condition of this uniform law as implemented in each state are comparable.

Many courts have established that state laws providing visitation to grandparents are unconstitutional. The United States Supreme Court in the case of Troxel v. Granville (2000) established that the Washington visitation statute was in violation of the due process rights of parents to bring up their children. This case and likewise decisions by state courts caused a lot of state legislatures to think about bills that would alter or completely amend the visitation rights in those states.

Many state laws associated to grandparents’ rights, nevertheless, have survived undamaged. However, grandparents that seek to obtain visitation rights need to check the present status of the law in their relevant states.

Due to this, federal and state laws are starting to acknowledge the vital role grandparents play in their grandchild’s life. On the other hand, these rights, and the process utilized to exercise them can vary state by state. Thankfully, you can get a hold of a local child custody attorney that can counsel you on the laws in your state and advocate for your interests.

Naming guardians in your will can be part of your estate plan. You may think you’re too young or don’t have enough money to justify the expense, but if you have children, you have priceless assets. There are many considerations when naming guardians for your kids. However, the process doesn’t have to be expensive or complicated.

There’s nothing better than the peace of mind you will have knowing you’ve protected your family at a time when they need it most. Let us help. Schedule a consultation or contact Ogborne Law, PLC of Arizona today.