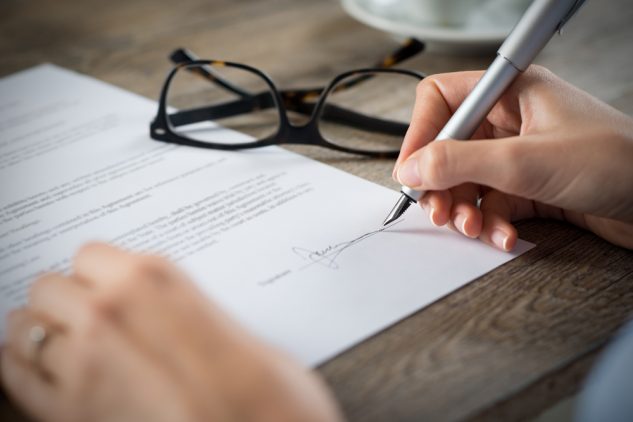 There are circumstances in which a prenuptial agreement is thrown out by a judge for an invalid stipulation, irrational statements, or an indicator that a spouse signed the prenup under coercion. The agreement is legally irrevocable, but neither husband nor wife should sign the contract by way of force, duress, or when conditions are unreasonable.

There are many possible unfair stipulations that a couple might have in a prenup that the judge is going to throw out. The document might provide for the possibility that a divorce is going to happen, but the particular conditions must remain just and rational subject to state law. Nevertheless, there are some potential arguments that may counter the unfair stipulations like a state that provides the option to sue the other spouse because of infidelity. In these same circumstances, the spouse might lose primary and/or sole custody and either obtain joint custody or visitation rights.

Infidelity and Absence of Assets

When a prenup exists to safeguard the assets of the soon-to-be spouse that has a significant income or owns a business, the potential of infidelity in the agreement might stipulate that the other spouse gets nothing but the minute fair portion of the marital assets. Under these situations it’s possible to rule out the other assets like a company from marital assets and retain the other items entirely separate. Safeguarding the items through the agreement might assist the spouse if they do encounter infidelity with the other individual at some time during the marriage.

When one individual of the couple signs the prenup devoid of a clear conscience or is under a stressful circumstance that pressures them to sign, the document might become null and void and thrown out. Whereas this might happen at the point of divorce in which the individual describes the matter to the judge, it is usually important to get a hold of a lawyer early following either coerced or intimidated into signing the agreement. Many spouses may attempt to force the other into signing when there are unjust and irrational stipulations in place like a total loss of assets when they divorce the other individual.

The agreement needs each of the spouses to disclose every asset and liability prior to the document being valid. One party might under-value their assets at the time of divorce or failure to disclose particular items. This is vital so that the items will not be a part of the settlement agreement. Nevertheless, prenup agreements might contain the same matters. When the individual engages in this kind of activity, it could nullify the agreement. The judge is going to often throw the document out of the proceedings when the other party can prove that the spouse failed to disclose assets prior to creating or implementing the agreement.

Like the post-nuptial agreements that are after the couple becoming legally married in the state, the prenuptial has to not violate any state laws with the stipulations inside of them. The couple can sign the document and place it on the wayside for later use when divorce does happen, but when the state laws are not in compliance within the documentation, the judge might throw out the whole agreement when put in place throughout divorce proceedings. These transgressions of the law usually exist when cutting the other party out of the required marital property split, limitations on child custody or visitation or any particular local or state needs throughout the divorce process.

The judge might throw the prenup out when one individual signs it not having proper legal representation. This is single action that might happen more than any other. Each party is required to have separate and independent legal counsel to comprehend and sign the document with full acknowledgement of what it means and how it might affect the marriage and divorce. Without appropriate counsel, the other party might place absurd stipulations that are either too skewed to their benefit or that comprise of items that limits the individual in the marriage or when ending their legal marital relationship.

Just with any other kind of contract, it is vital to have a lawyer available prior to signing. The judge that is going to preside over a divorce among couples that have a prenup will examine all the necessary stipulations, the signing and if either was under coercion of any kind. The legal professional is going to assist with the circumstance through divorce and clarify any complications.

Is there anything more beautiful than two people uniting to create a unique family? Marriage is an exciting adventure! Together, you can build a good life based on trust and hopes. A prenuptial agreement can be part of your wedding plans, and we want to help you structure one that reflects your love and respect for each other.

Never think you aren’t rich enough to consider a marital agreement. If you have each other, you’re already a wealthy family. A consultation can be free and informative. Contact Ogborne Law to discuss your marital agreement options.